Memorial Day Weekend 2017: A Mother's Memorial To Her Fallen Sons 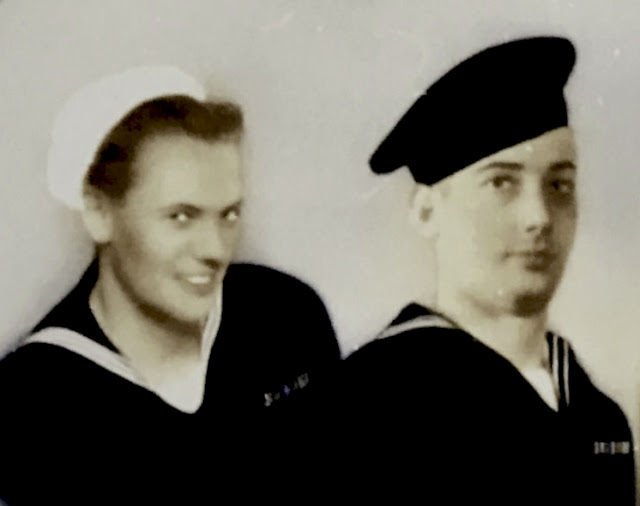 I already knew what I wanted to write for a Memorial Day post. But that all changed when I was sorting through some old boxes of photos and papers that had belonged to my mother.

I came across a handwritten poem that was not in my mother's handwriting. Nor did the handwriting belong to my father, grandmother or grandfather. Puzzled, I began to read the poem that was written about two sailors, brothers no less, who had lost their lives on a ship named the Jacob Jones. 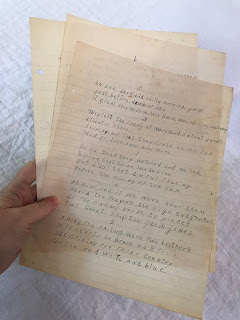 As I read, I wondered if it was a fictional poem or if it was written about two real men. By the eighth stanza, I had tears in my eyes. It felt too intimate to be a fabrication. When I got to the closing lines I knew it was for real because the two sailors were named:

The poem was signed by Vera E. McKinney, but the name didn't ring a bell.  Who was she in relation to the the two brothers in the poem? And what was her relationship to my mother? Was she a relative? A friend?

I knew I had to find the family that the poem belonged to so that I could return it to them. But my mother had lived in a lot of places, so I wasn't sure if the author "Vera" was someone Mom had known growing up, or a friend she had made when she was working in a Maryland bomb factory during the war.

I went online to see if I could locate Vera and I began by researching the brothers, Harold and Nathan, and their ship named *Jacob Jones. It didn't take long to find their names and a history of their ship.

The brothers were Harold Leroy McKinney and Nathan Lorain McKinney and they lost their lives on February 28, 1942 off the coast of Cape May, New Jersey, when their Wickes class destroyer, the USS Jacob Jones (DD-130), was hit with enemy torpedoes by the undetected German submarine U-578.

There were only eleven survivors.

The brothers had hailed from the area where my mother had grown up, so I began searching online in that region. To my great surprise, I posted an inquiry on a local Facebook page and almost before I could finish typing I got a response from none other than Vera's grandson. He confirmed my suspicions.

Vera had written this poem about the two brothers because they were her sons. She lost both of them that fateful day because they had requested to serve together. Vera's grandson, David, gave me the phone number of one of Vera's surviving children, her daughter Naomi. I immediately called her to tell her about the poem and to ask for the family's permission to post it here for Memorial Day. Naomi was quite familiar with the poem because it had been previously published in 1948 by a local radio station singer and humorist, "Singing Sam" Raborn, in a book titled Favorite Poems (Gems of Verses Gathered From Here and There and Recited in Public Readings).

I sent Naomi the handwritten poem and we both were surprised to find it that it didn't appear to be written in her mother's handwriting. There was an additional stanza added and small changes in some of the wording. Vera's last name was even misspelled. We are still unsure as to who hand-wrote the copy stashed away in my mother's things, but perhaps someone was writing the poem down from memory. Or perhaps it was someone who had recited the poem in public. The addition of a stanza is a true mystery; perhaps the published version had accidentally left it out.

Naomi sent me a copy of the poem as it was originally published and photos of all seven of her brothers: all of whom served their country in uniform.

The handwritten copy I found is featured below, and the text beneath each page is how the poem originally appeared in 1948.

(*The additional stanza from the handwritten version has been added.)

Vera's poem is a timeless tribute to her fallen sons and her sorrow from 75 years ago still seeps from it's pages. I can think of no better way to honor the meaning of Memorial Day than to share this moving poem.

This is a mother's memorial to both of her sons:
Two brothers who gave their last full measure of devotion;
Side by side. 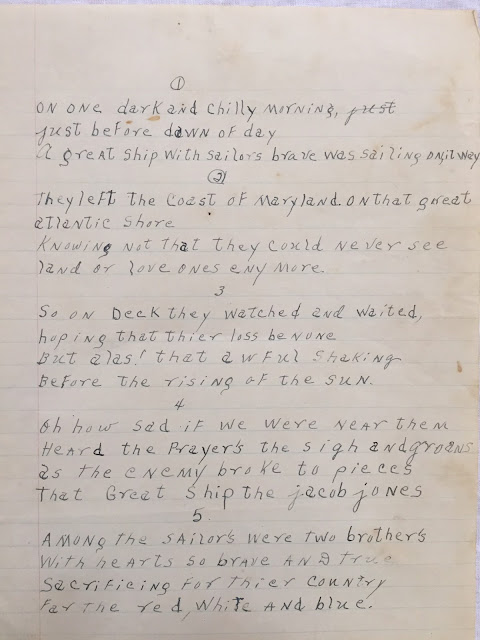 In Memory
Written by a broken-hearted mother in memory of her two sons who never came back.

1.
On one dark and chilly morning,
Just before dawn of day,
A great ship with sailors brave,
Was sailing on its way.

2.
They left the coast of Maryland,
On the great Atlantic shore,
Knowing not, they could never,
See land or loved-ones anymore.

3.
So on deck they watched and waited,
Hoping that their loss be none,
But alas; that awful shaking,
Just before the rising sun.

4.
Oh, how sad if we were near them,
Heard the prayers, the sighs, the groans
As the enemy broke to pieces,
That great ship, the Jacob Jones.

5.
Among these sailors were two brothers,
'Twas their request that they could be,
Near each other in the service,
Then in heaven together through eternity. 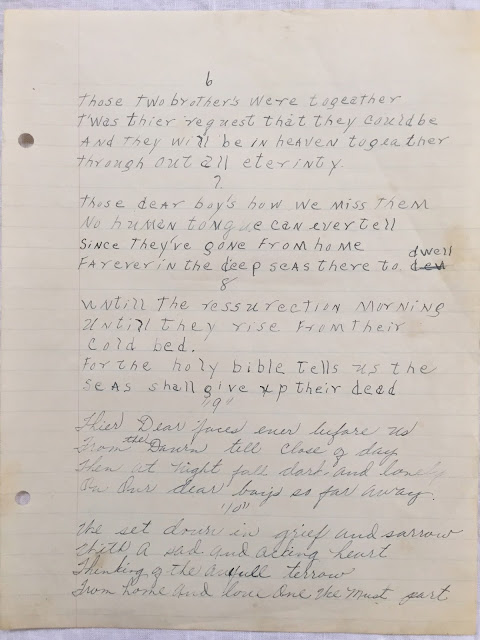 6.
Those two boys were to us precious,
With hearts so brave and true,
Sacrificing for their country,


For the red, the white, and blue.

7.
Our dear boys, how we miss them,
No human tongue can ever tell,
Since they left home forever,
In the deep sea, there to dwell.

8.
Until the resurrection morning,
When they rise from the cold bed,
For the Holy Bible tells us,
The seas shall give up their dead.

9.
Their dear faces e'er before us,
From the dawn till close of day,
Then at night fall, dark and lonely,
Our dear boys so far away.

10.
We sit down in grief and sorrow,
With a sad and aching heart,
Thinking of the awful terror
From home and mother they must part. 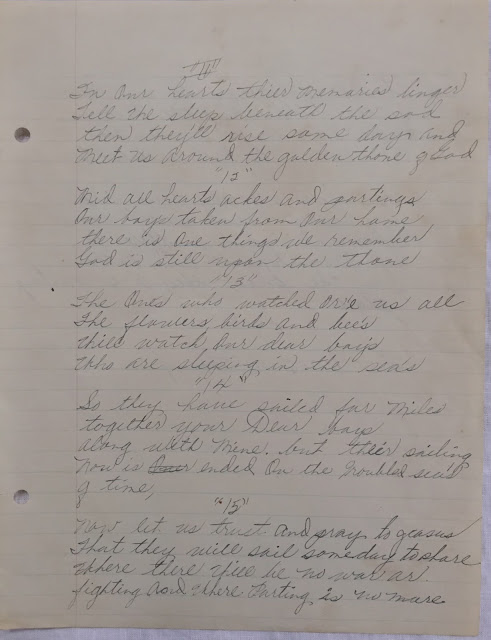 11.*
In our hearts their memories linger
Till we sleep beneath the sod
Then they'll rise some day and meet us
Around the golden throne of God

12.
'Mid all our heartaches and parting,
Our boys taken from their home,
There is one thing to remember,
God is still upon the throne.

13.
And the one who watches o'er all,
The flowers, birds, and bees,
Will watch over our dear boys,
Who now sleep beneath the seas.

14.
They sailed many miles together,
Your dear boys, along with mine,
But their sailing now is ended,
On the troubled sea of time.

15.
Let's just trust and pray to Jesus,
They will sail some day to shore,
Where there'll be no war, no fighting
And parting shall be no more. 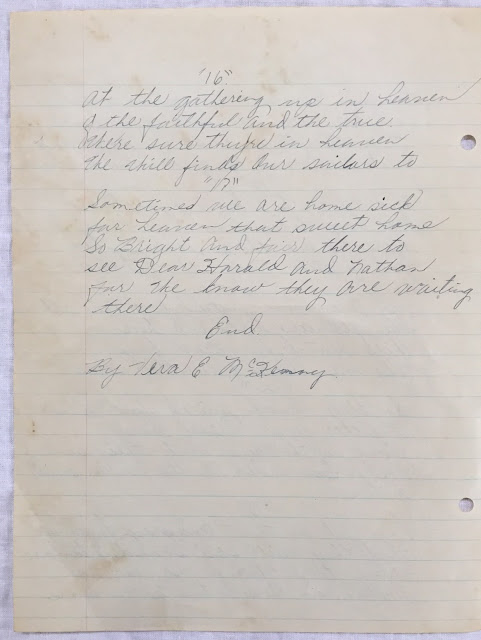 17.
Some times we're home sick for heaven,
That sweet home bright and fair
There we'll see dear Harold and Nathan,
We are sure they are waiting there.

Written by Vera E. McKinney:
Mother of Harold and Nathan McKinney
(circa 1942) 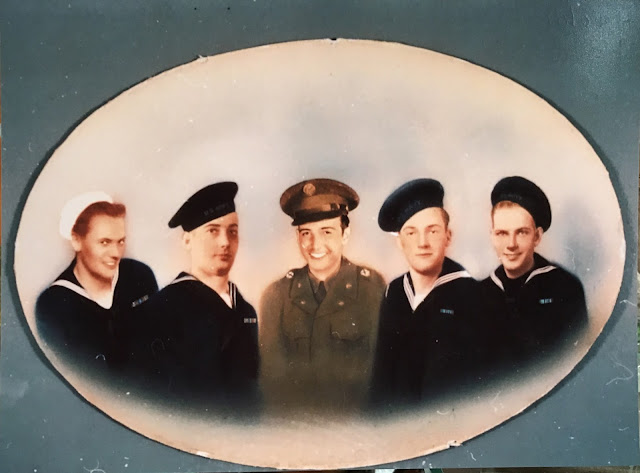 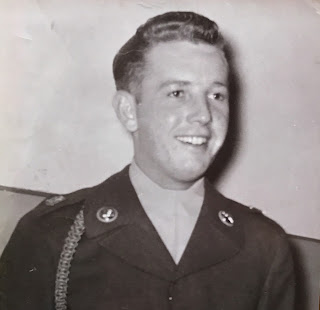 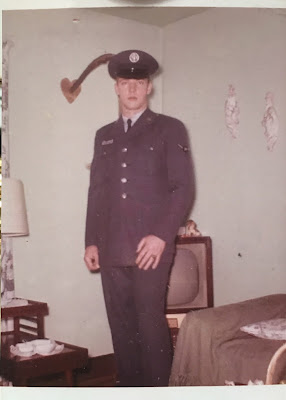 Vera passed away before the younger sons were old enough to enlist.
She never got to see them in their uniforms. 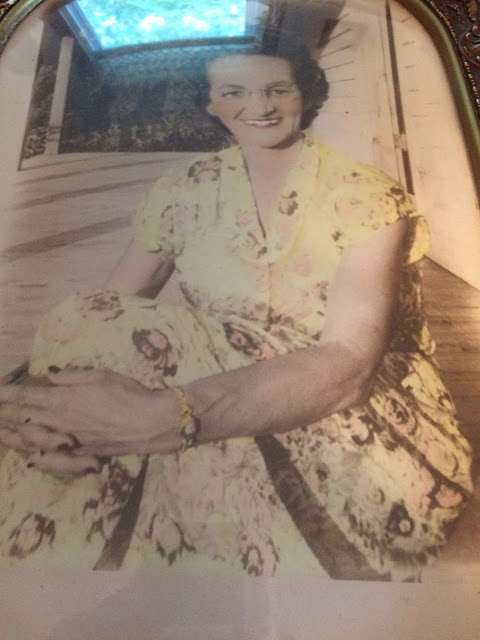 This Memorial Day Weekend, let's be sure to pause and take some time
to honor and remember all of our fallen warriors in uniform.

And let us always be grateful for families like the McKinneys.

Serve Our Willing Warriors would like to express our sincere thanks to:

Vera's grandsons;
David McKinney
&
Lt. Col. David Leftwich (United States Army, Retired) and his wife, Cathy Leftwich,
For responding and assisting in the search for the McKinney relatives and for sending us the lovely photo of Vera E. McKinney

&
A very special thanks to:
Naomi Blankenship (Vera's daughter)
For her assistance with this article and for granting us permission to share these family photos
and the beautiful tribute written by her mother about her two brothers

*According to the West Virginia Memory Project, additional info on Harold & Nathan McKinney may be found through the following resources.  (Membership to archival news sources may be required.)

Because The Will To Serve is a Precious Thing . . .

Serve Our Willing Warriors (SOWW)
Haymarket, Virginia
Serve Our Willing Warriors is a tax exempt Non Profit organization in Haymarket, VA that provides outreaches and events for our wounded, ill and injured Warriors + Their Families at the nearby hospitals at Bethesda and Fort Belvoir. We host short-term getaways at The Warrior Retreat at Bull Run for our recovering Warriors + Families in beautiful, historic Haymarket at the edge of the foothills of Bull Run Mountain Conservancy and the scenic hunt country of Northern Virginia.